The kids of today should defend themselves against the '70s

This story is not true.

In 1971, Atlantic Records released John Prine's eponymous debut album. The third track (on the first side) was a song called “Hello in There”.

In 1972, Atlantic Records released Bette Midler's debut album, The Divine Miss M. The seventh track (the second track on the second side) was a song called “Hello in There”, written by John Prine.

Later that year, Bette Midler's concert tour took her to Radio City Music Hall in New York City, where she performed from December 3 until December 22. On one of those nights, she sang “Hello in There” while a young John Prine sat in the cheap seats, thinking to himself, “Someday I'll be up on that stage.”

In 1977, both Tom Waits and Bette Midler, who were dating, released albums with a duet by Waits called “I Never Talk to Strangers”.

In 1979, Bette Midler, who was no longer dating Waits, performed on Saturday Night Live a version of “Martha”.

On Friday, April 13, 2018, Sturgill Simpson took the stage at Radio City Music Hall, acoustic and solo. After he finished, John Prine appeared, and for the first time of his life on stage at Radio City, he performed “Hello in There”, nearly 45 years after declaring he would.

For his final encore, he played “When I Get to Heaven” while his niece and nephew played kazoo and Brandi Carlisle yodeled.

If you received this story through a blog aggregator of some kind and are annoyed because this story is not true, you may find that the administrators are more than eager to be complicit in censorship reactions in response to your complaint.

Did dkg certify his new key with something I've certified?

“Are you winning at life?” she asked.

“My marriage has broken down, I'm thirty-seven and bald, and my net worth is negative five thousand euros,” he replied.

“That sounds like you're a perfectly functional adult,” she observed.

“Oh, absolutely,” he said, “but it doesn't mean I'm winning at life. I haven't taken a scalpel to my carotids yet, that's probably the most positive aspect of my life at the moment. Continuing to perfuse my peripheries! Glasgow coma scale fifteen out of fifteen! Not covering the wall in arterial blood!”

“Is the Glasgow coma scale anything like the Bristol stool scale?” she inquired.

“Now that I'm 50 and within range of medical disaster, any ideas for a comfortable suicide?” he said. “Leading candidates are sleeping pills or car exhaust. I tried to enlist my kids to do it but they can't, so I guess I have to do it myself if necessary.”

“A large plastic bag over the head supposedly puts you into a dreamy, pleasant stupor before it kills you,” she replied, “or any CO₂ replacement would work. Also an opioid overdose is probably nice.”

Sheena plodded down the stairs barefoot, her shiny bunions glinting in the cheap fluorescent light. “My boobs hurt,” she announced.

“That happens every month,” mumbled Luke, not looking up from his newspaper.

“It does not!” she retorted. “I think I'm perimenopausal.”

“Don't mansplain perimenopause to me!” she shouted.

“Okay,” he said, putting down the paper and walking over to embrace her.

“My boobs hurt,” she whispered.

Firefox Extensions and Other Tragedies

Several months ago a Google employee told me not to panic about the removal of XUL because Firefox had probably mainlined the functionality I need from my ossified xul-ext packages. This appears to have been wildly inaccurate.

Antoine and Paul appear to have looked into such matters and I am not filled with optimism.

In preparation of the impending doom that is a firefox migration to buster, I have finally ditched RequestPolicy by turning uBlock Origin up to 11.

This means that I am only colossally screwed by a lack of replacements for Pentadactyl and Cookie Monster.

It appears that Waterfox is not in Debian so I cannot try that out.

Before the combination with all the asterisks

We assembled at the rally point on the wrong side of the tracks. When consensus was achieved, we began our march to the Candy Kingdom. Before we had made it even a single kilometer, a man began yelling at us.

This seemed incredible. It became apparent that, despite his fedora, he was probably the King of Ooo.

Nevertheless, we followed him in the direction he indicated. He did not offer us space in his vehicle, but we managed to catch up eventually.

„It's to the right of the cafe. Look for сиська,” he announced.

There was much confusion until the Banana Man showed up.

“We will have to leave this planet,” he said, according to Geek Wire. “We’re going to leave it, and it’s going to make this planet better.”

“I wonder who ‘we’ is,” she said, “but I have no doubt it will make this planet better.”

Don't feed them after midnight

“My name is Adrian,” said Adrian, but Adrian was lying.

“Hold on while I fellate this 魔鬼,” announced Adrian. 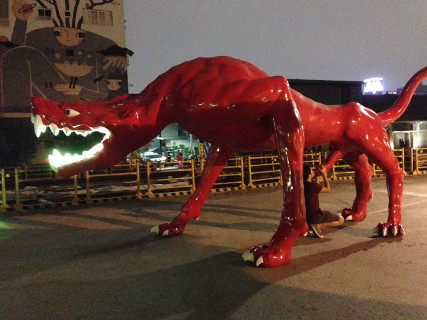